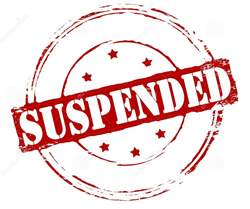 The City of New Orleans has suspended two building inspectors without pay because of allegations that they falsely claimed to have inspected the Hard Rock Hotel, which partially collapsed in October and killed three workers.

New Orleans TV news station WWL reported that inspectors Julie Tweeter and Eric Treadaway were suspended for saying they had inspected the construction site in the months before the collapse. But GPS data from their vehicles showed they were not close to the building at the time.

The action comes four months after another building inspector pleaded guilty to accepting $65,000 in bribes in exchange for not reporting violations and for writing false inspection reports, according to news reports. Inspector Kevin Richardson’s sentencing is set for May 5.

The TV station also reported that the suspended inspectors were not certified to inspect commercial projects. Tweeter had inspected the Hard Rock site four times before she received her commercial inspector’s license.

Three investigations are now underway into New Orleans’ inspection department practices and into the accident, in which the top floors of the 18-story building collapsed. In addition to the three deaths, several other workers’ compensation injury claims have been filed. The mayor’s office has said it is in the midst of a complete overhaul of the inspections department.

A key witness to the collapse, who had warned of imminent danger and was injured in the incident, will not be able to participate in the investigations because he was deported to his native Honduras in December.

In a separate investigation, a drywall contractor believed to have done work at the Hard Rock Hotel site was indicted in December for alleged premium fraud and misclassification of workers. The contractor said to have underreported his payroll
by as much as $794,000, is the first to be indicted by a new comp fraud division at the Louisiana Workers’ Compensation Administration.