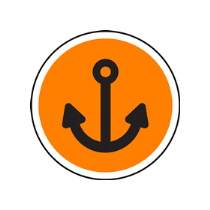 The goal of this paper is to define anchoring bias, as well as to show how it comes into play in a typical settlement negotiation, and how a defendant can combat the bias.

First, what is a typical settlement negotiation?  This occurs in a personal injury case when an alleged injured party (the plaintiff) asks for money damages from an alleged negligent person (the defendant).  Anchoring bias is defined as the tendency to fixate on initial information.  Once that information is obtained and an evaluation made based thereon, the person is unwilling or unable to adjust his evaluation based upon receipt of subsequent information.[1]  Anchoring bias is also known as focalism. Focalism is the focus on a current event to the exclusion of others.[2]  Focalism occurs when we assume that our feelings are driven by a single event in current focus, rather than the complexity of events we experience.[3] Whether it is identified as focalism or anchoring, neurolinguistics have defined anchoring as:

.… the process by which memory recall, state change or other responses become associated with (anchored to) some stimulus, in such a way that perception of the stimulus (the anchor) leads by reflex to the anchored response occurring[4]

Now, what does that mean for negotiation purposes? Charles Craver argues that two factors significantly affect negotiation outcomes.  These factors are: (1) the preliminary aspiration level; and, (2) the anchoring effect of their initial positions.[5]  Craver’s experiments established that those who wanted more from a negotiation tended to get more from it.[6]  In a settlement negotiation, the plaintiff in a personal injury case will try and take advantage of anchoring bias on the part of the defense by demanding a settlement figure that is substantially higher than the claim’s value.  In doing so, they are framing the negotiation by giving initial information that is higher than the defendants will pay, in the hopes that they will pay more than they had otherwise intended to.

Accordingly, it should not surprise a defendant when a plaintiff’s initial settlement demand is extremely high.  In fact, it should be expected.  The question here is how does the defendant respond?

The first step would be to identify the process; namely, an attempt by the plaintiff to frame the negotiations and to have their aspirations become the defense’s anchor.

Secondly, the defense should consider reframing the negotiation by lowering the expectations of the plaintiff.  What is meant by this is not simply ‘low-balling’; rather, to counter with a determined explanation of why the case is worth what the defense considers it is worth.[7]  The skill of temerity is paramount. As Craver, by quoting his student, would state, “Make them believe your position”:

They said that when they got down to the end of their interaction, he seemed so certain he was right; they thought maybe they were wrong.  In one sentence, they deftly defined the art of negotiating[8]

Penultimately, anchoring bias can also be overcome by avoiding other heuristic shortcuts such as decision escalation and/or commitment and consistency.  Decision escalation is when current decisions are based on past actions, to the disregard of new information.[9] In a negotiation, decision escalation can occur when one becomes so involved in the process that they act in disregard of other information. An example might be, that once an offer has been made, a subsequent offer must always be higher.  Or, they become so committed to settling that they continue to make escalating offers.

Finally, anchoring bias can be overcome by reminding oneself throughout the negotiations the facts of the case, as they are, and not how the plaintiff would wish them to be seen.

In any settlement negotiation, one is trying to persuade. Rhetoric, to Aristotle, is  “the faculty of observing in any given case the available means of persuasion.”[10]  Aristotle in his Rhetoric argued that it is man’s ability to use rational speech, that makes one distinctively a human being.[11]  In avoiding anchoring bias, we are following Aristotle’s argument that by using speech properly, we are using the modes of persuasion to see what is good, and what is better.

[1] Essentials of Organizational Behavior, Robbins and Judge, Prentice Hall, Ninth Edition, (2007)
[2] An example of focalism is when a mother is asked to imagine how she would feel seven years after the death of her child.  She will likely focus exclusively on that tragedy and fail to consider the many other events that will happen over that time period, capture her attention, require her participation, and hence influence her general emotional state. Taken from: http://www.changingminds.org/explanations/theories/focalism.htm
[3] http://changingminds.org/explanations/theories/focalism.htm, taken from Erber, R., & Tesser, A. (1992). Task effort and the regulation of mood: The absorption hypothesis. Journal of Experimental Social Psychology
[4] http://en.wikipedia.org/wiki/Focalism
[5] In Aspirations, Anchoring, and Negotiation Result by Charles B. Craver. His class experiment studies  offer anecdotal evidence that the  students who were told the claim was worth as much as $2,000,000 tended get more than the students who believed that the case value was $300,000, even though both claims were identical.
[6] What is interesting in Craver’s experiments is that the negotiators who felt that they did the best were the ones with the lowest aspiration levels.  If, for example, a person aspired to get 3 million and only got 1.5 million, they viewed the negotiation as less sucussful than the person whose goal, under the same set of facts, was to get 1 million and got $700,000.
[7] The article “Starting Low but Ending High: A Reversal of the Anchoring Effect in Auctions”,  Journal of Personality and Social Psychology (Ku, Galinsky and Murnigham)2006 Vol 90  No 6, cites references that final outcomes are consistently and positively anchored by first offers.
[8] Id.
[9] The article by (Ku, Galinsky and Murnigham) indicates that auctions start low end high, because the bidders have a prolonged escalation of commitment to the bidding process.
[10] All of the Aristotle quotes are taken from “The Basic Works of Aristotle”, edited by Richard McKeon, Random House , paperback edition (2001)
[11] He warns that a man can confer the greatest of benefits by the right use of  speech and inflict the greatest of injuries by using it wrongly” id (Bk1 Ch1 )